muse of the week + did you know? 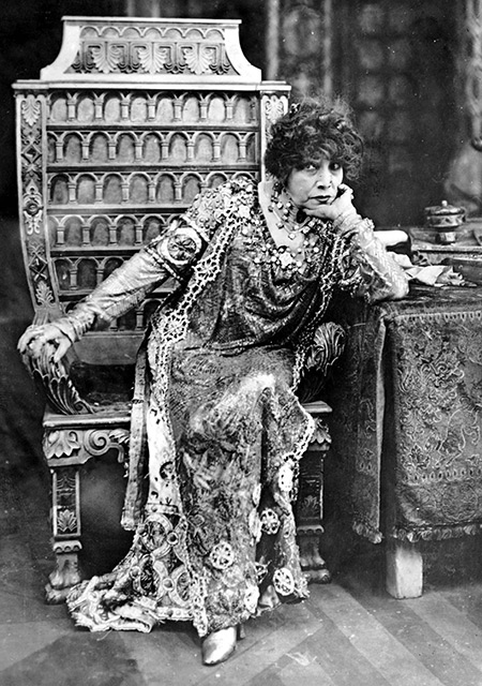 ​French actor Sarah Bernhardt (October 22, 1844 - March 26, 1923), often referred to as "the most famous actress in the history of the world,” was an amputee. In 1905, while performing in Victorien Sardou's, "La Tosca" in Rio de Janeiro, Bernhardt injured her right knee during the final scene which required her to leap from a high wall. The leg never healed properly, so in 1915 - upon Bernhardt's demand - her friend and former lover (true story), surgeon Samuel Pozzi, authorized a colleague to perform a full amputation above the knee. Bernhardt returned to the stage within 8 months of the amputation and continued her career without the use of a prosthetic limb. Confined as she was to practical immobility, she further proved the power of her famous voice, which had altered little with age, by continuing to receive triumphant critical acclaim. Oh, you DID know all that, you say? Well, DID YOU KNOW this month marks the 101 year anniversary of that amputation? Happy 101st ampuversary, Sarah. RIP, Sarah’s right leg. We hardly knew ye. #adaptive