yo! here is some of our recent press. 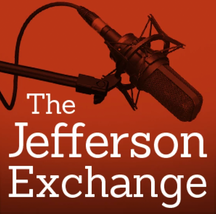 Hillary Clinton was the first woman to win the popular vote in the race for the White House. Like many other women who ran for president, she didn't get across the finish line. Wait, there were many other women...? True. None received major party nominations before Clinton, but more than 100 women signed up to run for president, even in the days before they could vote. The podcast series "A Simple Herstory" covers the women in turn, with Season One focused on Victoria Woodhull, candidate number one (in 1872). Donya Washington, a director and producer at the Oregon Shakespeare Festival, directed the first season of the podcast and a staged version of the show; she visits with some of the background on the series and the much-misunderstood Ms. Woodhull. Listen Here.

Painter Jimmie James is auctioning off a painting called b is for beauty. This painting was originally featured in Tony winner Lisa Kron's play, In The Wake, at The Public Theater in 2010. The production was directed by Tony nominee Leigh Silverman. This painting is the very last painting from that production. Bids start at $2500. The painting retails at $3500. Jimmie believes very strongly in The Muse Project, and he will donate 50% of the sale of this painting to The Muse Project. Read More.

Florencia Lozano joins The Muse Project for their inaugural Tea Time event on October 21st at 5:30pm at The Flea Theater in Tribeca. Tea Times are a one-of-a-kind Muse pilot program, and October 21st's Tea Time will cap off a week of exciting presentations from some of New York's most dynamic women performers (Musings: a collection of Mini Muse presentations). During Tea Times, a veteran stage actress (Ms. Lozano) discusses her experiences building her career. Read More.

The Muse Project, in association with The Tank, will present Musings: a collection of Mini Muse presentations at The Flea Theater as a part of their Anchor Partnership. The Muse Project gives women performers the time, space, and opportunity to experiment with and explore their fantasy projects. Musings will showcase the exciting, fresh, paradigm-shifting storytelling that 5 of New York's leading stage actresses have developed through intensive workshops, called Mini Muses. Read More.

Kuritsky’s goal with The Muse Project is to put power and agency into the hands of women actors, and to show that another model for making theater is possible. By showcasing the ambitious, experimental, and risky new projects the muses develop, she’s out to prove that the current power structures in the American theater suppress the original and innovative stories that could be told by and about women. Read More. 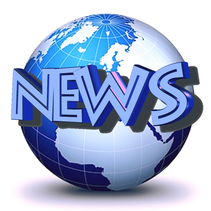 ​The Muse Project, an experimental project that upends the traditional theatrical structures, is working to do just that. It is working tirelessly to change the currently stark outcomes of studies that we see today in the American theater industry, where the numbers aren’t much better than they are in film and television (The Count, First-Ever Diversity Study Showing Disparities in Hiring in the Theatre Industry). The Muse Project is currently leading a Kickstarter campaign for their 2018 projects. Read More.

Since 2015, the organization has been boosting the number of women-led plays by helping female actors develop passion projects. Founded by actress and filmmaker Jocelyn Kuritsky, it asks would-be women collaborators about the roles they want to play, the stories they want to tell, and what they would need to bring those visions to life. The organization then connects selected actresses to key contacts and resources, and presents their finished works in a performance series. Read More. 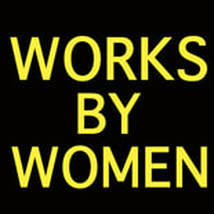 Vanessa is part of The Muse Project, an experimental project that upends the traditional theatrical structures and centers women-actors’ stories. Vanessa spoke with Works by Women about the piece she is developing for The Muse Project, her experience on Amy and the Orphans, and the best pieces of advice she’s ever received. Read More. 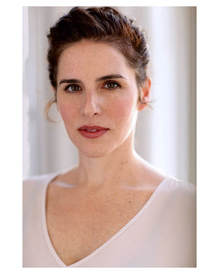 I knew Jocelyn because I had worked on developing a show with the Woodshed Collective. I’d been writing my own work for a few years, mostly one-woman stuff, even while pursuing a more traditional career. When Jocelyn told me about the Muse Project I got very excited – I’ve always been an advocate for actresses making their own work. I pretty much made it clear that I was interested in supporting the venture in any way I could.  So I was really thrilled when she asked if I wanted to make a project for this round. Read More. 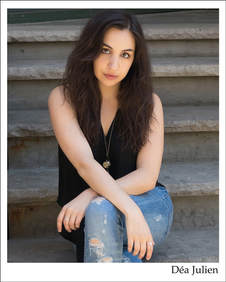 MUSINGS is the answer to a pretty exciting question. What happens when you give 5 actresses the support and structure they need to create the stories they want to see in the world? We are an incredibly diverse group in age, race, culture, and life experience, and I’m so excited to see the work that has come out of this radical and necessary experiment. Read More. 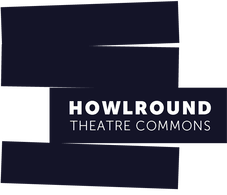 Katie Koestner, founder of Take Back the Night, will participate in a post-show discussion following the 2pm matinee on Sunday, June 26. Take Back the Night is a non-profit organization that serves to create safe communities and respectful relationships through awareness events and initiatives. Take Back the Night seeks to end sexual assault, domestic violence, dating violence, sexual abuse and all other forms of sexual violence. A portion of all full-priced tickets sold throughout the run of STET will be donated to Take Back the Night. Read More. 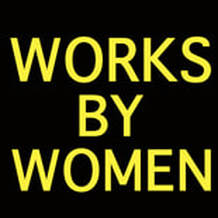 Stet, the new play by Kim Davies at the Abingdon Theatre, is a powerful piece inspired by the Rolling Stone article “A Rape on Campus” and the reporter’s investigation into sexual assault in college. It’s also the first full production of The Muse Project, the brainchild of fierce actress Jocelyn Kuritsky.

What a thought provoking idea–make actresses the center of play development and creation. With The Muse Project, actresses choose what kind of role they want to play, and then a creative team is built around that idea. Sure, this sounds like a wonderful experiment, a different way to workshop new material. It’s also a terrific way forward. Read More.

The play Stet, written by Kim Davies, is based on the 2014 Rolling Stone story “A Rape on Campus”, which was ultimately retracted due to reports of journalistic failings and inconclusive evidence that the victim’s story was actually credible. It is about what happens when a quest for a big story can sometimes cloud the judgement of those involved. I spoke with Davies about the scourge of campus sexual assault in America, her development process, and the scarcity of good roles for women. Read More.