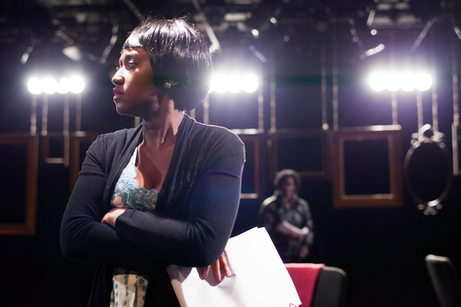 When did you first know you wanted to be an actress?
Oh, I was always putting on little plays and writing when I was a child. It wasn’t until boarding school, though, with the strong encouragement of my drama teacher, Brian Kosanovich, that I decided to make a go of it as a career.  Brian was also the first out gay man I’d ever met -- and me being a black child of immigrants at a predominantly white prep school, we were both kind of outsiders and latched onto each other. We continue to be friends today. Under his tutelage I was playing leads by my junior year.

It started my freshman year, I had this one friend, both of us new to the school, and we went to audition for the school play, “Runaways” by Liz Swados, may she rest. I got in and got a pretty substantial role, especially considering I was a freshman -- I played ‘Robi.’ That was the start.

Why is acting important?
Frankly? In and of itself, I don’t think it is. Storymaking, on the other hand, is hugely important and a reason to live. I believe that identifying the humanity in others and in ourselves through story is integral to the experience of being alive. But acting is just one cog in the vast, glorious story-making machine.

What was your training (if any)?
The theater department at my alma mater there wasn’t geared towards performance, so I didn’t study acting.
​
But after college, I did The Actors Center conservatory program under J. Michael Miller and trained with Scott Freeman, Grace Zandarski, Orlando Pabotoy, Jane Nichols, Charles Tuthill, Felix Ivanov and others. I also did the Shakespeare Lab at the Public Theater, back when it was available to early career actors (it now focuses on mid-career actors).

Do you have/have you had a support job? Are you supported in other ways?
I do not currently have a support job, but I have had plenty of day-jobs in the-not-too-distant-past. I worked the door at a restaurant/night club, I checked coats, I worked in arts administration, I worked retail, I babysat. You name it, I’ve done it.

How do you approach auditions? (Both the art-work and the game of it.)
I’m incredibly nervous about auditioning, so oftentimes I’ll invest in renting studio space nearby, to move around, warm up and rehearse in right beforehand (like right before -- I’ll walk out of the rehearsal space and go straight to the audition). I’ve found that it really gets my “eye of the tiger” mentality together and allows me to focus. Plus it simulates the physical conditions under which I’ll be auditioning, so when I get in the room, I’m not so thrown.

How do you deal with rejection?
Ah ha -- I’m still figuring it out! I’ve become a huge believer in self-care: exercise, massage, baths, meditation, a $1 oyster happy hour, etc., so now I usually up my self-care regimen post-rejection and make sure I do things that will make me feel good. And a good cry is always allowed.

What is your superpower? (e.g., especially good at dialects, crying easily, singing, being funny, clown, playing the trombone? Directing? Writing?)
​I am in the throes of completing Queen of Glory -- my first feature that I wrote, directed and star in -- and I vacillate between thinking I’m either a genius or an idiot, so on any given day my belief in my gifts vary.

​Today, I think writing is my superpower. I was very lucky to attend a high school that greatly emphasized the importance of the written word, so it was only when I got into the real world (or on Twitter) that I was like, “Huh, most people are crappy writers,” and then I feel pretty great about my gift.

Where did you learn to write? How did you nurture that ability, and who spurred you on?
I took a class through Gotham Writers Workshop about writing for half-hour comedy, which was good for learning script-writing format. And then a lot of scripts, remarkably, are available online, and reading other people’s scripts while simultaneously watching the same movie was really informative -- I did some of that to learn structure, what makes it into the final movie version -- it’s interesting.

I also did the LAByrinth Theater Company Master Class with Brett Leonard and made some lifelong friends through that program. That was the first time I’d written anything, and they were very encouraging -- I got to hear someone say words that I had written, out loud. It was a one-act, and in it there was a line that I didn’t think was that funny, I thought it was a throwaway. But then when it was read out loud, people were cracking up, and I got that little blush of, “Oh, people think I’m funny!” So that was the starting point.

Advice or inspiration?
I love “There’s good, there’s cheap, and there’s fast. Pick 2.” It applies specifically to filmmaking, surely, but really to everything else, right?

How does being an actress have an impact on your relationships? (Friends, family, relationships, lack thereof …).
I think maintaining friendships outside of your creative industry is difficult, but those relationships are important because they keep you grounded! Mainly, it’s tough because of money -- having a wildly variant income is stressful in many ways that other people outside of the business don’t understand. When a non-artist friend invites me to dinner at a super nice restaurant, or on an exotic vacation, my response is usually no, because even if I can afford it in the short term, there’s no guarantee that I won’t regret that expenditure 6 months from now.

​Plugs!
I love Instagram, so you can keep up with me @itsnanamensah and/or via my website at nanamensah.com.!
This interview was conducted by Kyra Miller, 2016. It has been edited for clarity and cohesion. 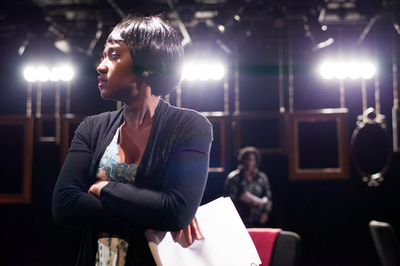 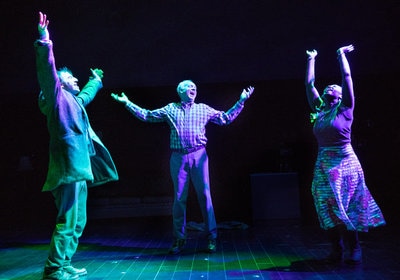 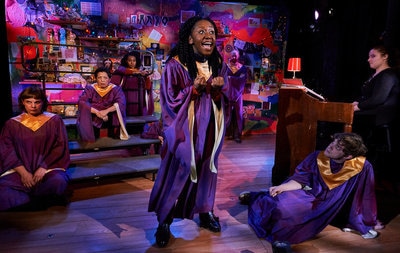 Nana & the cast from An African City. Photo by Emmanuel Bobbie. 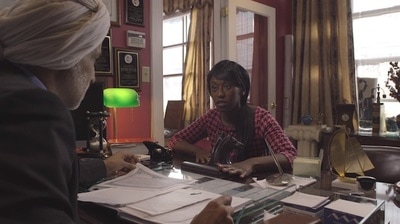 Nana Mensah in Queen Of Glory. 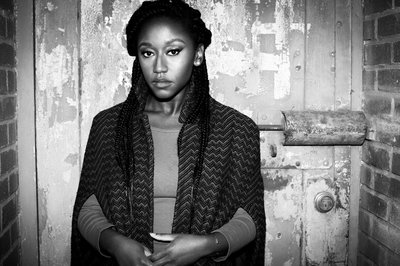