LYNN COHEN.
​
Where is your hometown?
Kansas City MO [she pronounces it Missoura], born and raised there, a Midwesterner.
​
I lived there up until 36 years ago. Our kid went away to college and we came to New York. My husband was the city editor of Women’s Wear Daily, so he’s a writer/actor, he’s everything.

When did you first know when you wanted to be an actress?
Maybe when I was 10? I am an only child, a very shy child, terribly shy child if you believe it. But I wasn’t shy when I could become other people. I used to sit with like little empty martini glasses and play, pretend I was sophisticated.

I was a dancer from the time I was 4, 5 years old. Till the time I was 18 years old. All of them. Tap, toe -- ballet. I had a great, great teacher at the conservatory of music in Kansas City. Old fashioned. Her name was Helen Burwell. She was magnificent, and a perfectionist, and driven. You have to be driven to be an artist of any kind. You’re going to go off to do “Rags,” you understand that.

Do you think you’re a driven perfectionist?
I am a perfectionist, but of course there’s no such thing as perfect in the arts. Of course, when you’re 15 years old you can do anything – I went away to do stock when I was 15 in Plymouth, Massachusetts -- and they wanted me to audition with two things, two audition pieces. 15 years old -- I did “Saint Joan” -- dedicating her armor -- Shaw’s “Saint Joan.” Hello! And “Riders to the Sea,” a great Irish play, the Maurya scene, was about a mother bringing home her last son -- dead. Of course I would understand that, an Irish mother, children, no, not a problem! Never been out of Kansas City, at that point.

[Conversation ensues about the movie I think she’s quoting from, “The Red Shoes” where the impresario asks the dancer “Why do you want to dance,” and she whips back “Why do you want to live?” Lynn says “Yes! That’s absolutely it! Oh, you’re a smarty pants!” and I say no, just a dancer, and she says “Well, there you go.”]

What was your training, if any?
Oh, I had wonderful training. First of all, from the time I was 15 I went to summer stock. But I also started at Northwestern [studying] with an amazing woman called Alvina Krause who at that time was it, that was it, that woman. She was a genius. From the very beginning we had to do something at Northwestern, a Christopher Fry play, “A Phoenix Too Frequent,” and all the acting teachers saw it – and Northwestern had the greatest theater school at that time – and she saw me and then we talked in her office and she gave me permission – because she saw I was so hungry for it – to audition for all of her classes, and that’s what I did, clear up to senior year. And then I’ve never been out of class. I’m currently in class with Ron van Lieu who’s head of the theater department at Yale.

Also I worked with the magnificent Michael Howard. When I first came to the city, this city, I’ve always been hungry to be in class, and I really thought there would be so many people, but there are really few great acting teachers, and Michael Howard was one of them. And I worked with him for maybe twenty years and I’m still in touch with him.

Do you teach, yourself?
I have taught – it’s a great way to learn – and I have directed. “By your students you’ll be taught!” Of course I have to watch it because I become very involved whenever I do. So many great actors taught, Uta Hagen for one, Stella Adler. It’s amazing to be able to put in words things that many times you do instinctually. To figure out what’s not working, why isn’t it working, what isn’t happening, what door do they have to open? And you learn things yourself.

When I was in Midwest, I directed teenagers. We did “West Side Story,” we did O’Neill, we did Albee. They didn’t know they were doing those things, but we did. We did things from Grotowski. They had no idea!  Again -- what’s not happening? Is it that they’re holding their shoulders too tight? Are they afraid to go to those places? And then, by your students you’re taught: Release your shoulders, Lynn!

What was your first acting job?
Other than summer stock –  actually, I was at the first Humana Festival doing Marsha Norman’s play, “Getting Out” – her very very first play – I was just with her last night, actually – she’s a very close friend, a very special woman.

How do you approach auditions? Are you still auditioning?
First of all, I want to audition. I want to know who I’ll be working for. If you go in for an audition you should be very curious about who’s in charge. It’s a big deal. I don’t ask questions necessarily but I listen very carefully. And there are people who, when you go in, they just say “thank you very much,” sort of assuming that’s all I can do.

And then there are people that you walk in and they give you adjustments. And very often that’s just to see, are you rigid? Can you do something else?

And then there’s people like John Doyle, who just – I went in and we talked for an hour. He’s amazing. I did “Three Sisters” with him.

I’ll give you an example of what he did. The very first day of rehearsal he had the wardrobe department bring in a huge rack of clothes. And I was playing Anfisa, the old servant who’s always in Chekhov one way or another a very small role, at least I thought it would be but not with John. He rolled out this rack and we were to pick out something we thought our character would wear. And I went directly to the mink coat. And he never said no! But I ended up – not with a whole mink coat – this woman [Anfisa] had a cloth coat – but with a little fur collar. That’s John Doyle.

How do you deal with rejection?
I DON’T LIKE TO BE REJECTED!

Well…I live with the perfect man. I really do. He helps me. He’s a genius and he has no ego. It’s always about me (and hopefully it’s vice versa). Who wants to be rejected? I don’t like to be rejected even at the supermarket. But it’s part of the game, it’s part of what we do. It’s a deep part of what we do. But if you have to do this, if you really have to act you’re going to have to accept that, period. It’s not fun. NOT FUN!

What is your super-power?
I don’t really have one thing that I feel is better than the others. I do feel more strongly than ever that if there’s something in that character that’s part of me or I’m part of them – I’d like a crack at it, period.

Do you ever think about quitting and why?
No.

Why do you think the theater is important?
It’s so much a part of me. It’s not important, it’s not not-important. It’s part of our life. It’s not as important as my husband or my child, or my grandchild, no. They’ve always come first. But theater is not a separate thing for us.

Our son is a bankruptcy lawyer. As far away as you can get [laughs]. But it’s really wonderful because I won’t ever have to worry -- about supporting him.
This interview was conducted by Kyra Miller. 2017. 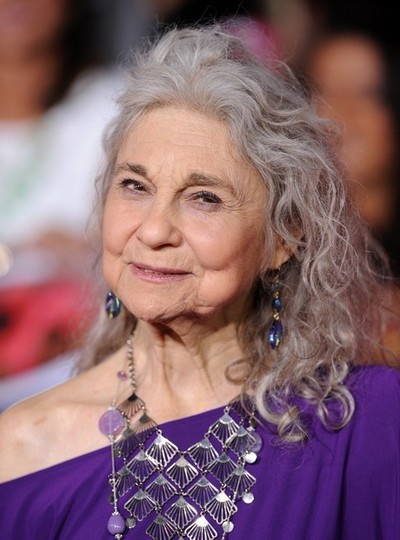 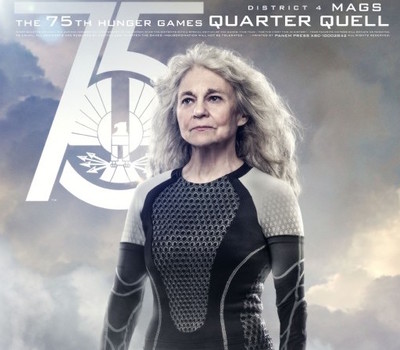 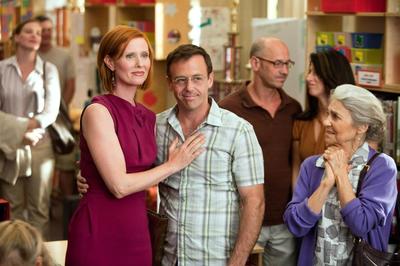 Lynn Cohen in Sex & The City 2. Photo by Craig Blankenhorn. 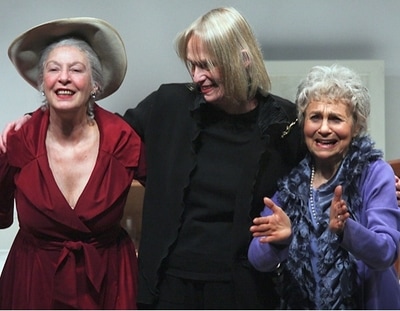 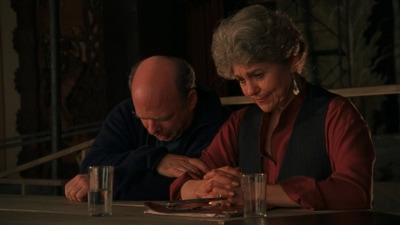 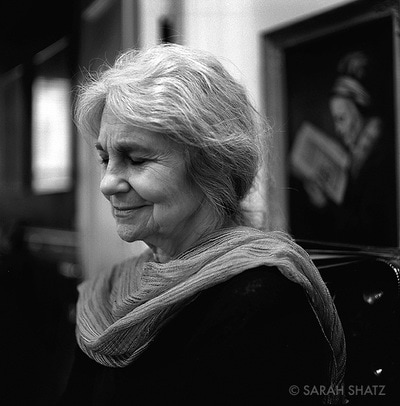