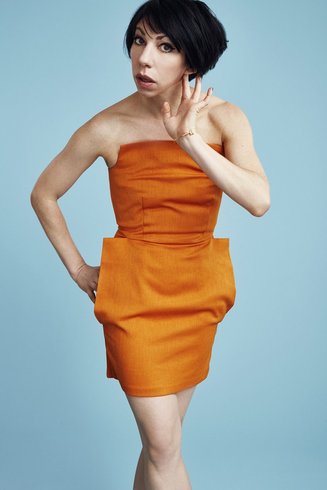 Hometown/Where did you grow up?
I was fortunate enough to grow up in the heart of Manhattan, and lived there until I went to college.

​It ain’t all pretty but it's true.

When did you first know you wanted to be an actress?
When I was in 9th or 10th grade I did a production of “Three Sisters” at our brother school (I went to an all girls school). After opening night I walked home by myself through Central Park and I felt a joy and sense of purpose that I had never felt before in my life. I saw this was something I could do for decades and never get bored. It was a very clear, very memorable moment. I said out loud to myself, "This is what I am doing."

Why is acting important?
Telling stories is important. Acting is one way in which the characters from a story can come to life for an audience. But stories can be told by storytellers around a campfire, through a dance performance or through visual art; stories can be told in classroom setting by a passionate teachers, or in a piece of music. For me personally acting is important because it is what I feel called to do in my lifetime, but I don't think storytelling would stop without it. My experience has been that as an actor I am only ever one part of a bigger story-telling machine. Whether I'm in a theater or on a set I'm part of a larger cast and crew and we are creating something for an audience that is way bigger than any one of it's parts.

I’ve had many memorable experiences as an audience member being profoundly moved by an actor in performance. Early on, I saw the play “Honour” on Broadway and I think it was Enid Graham's performance that moved me so much. In the’ 90s I saw John Leguizamo’s show “Freak” four times. I cried at every curtain call. I think I saw in his work what it was I wanted to do: lots of big, unexpected characters.  He just morphed himself in these ways that were so amazing. I also loved Isabel Huppert in “Psychosis 4:48,” at BAM a bunch of years ago. I could name so many others...

And there are also many examples on film. Frances McDormand in “Fargo” was a big light-bulb moment for me. She had such a specific point of view, physicality, her voice, her speech work…all there. Transformation. She brought herself but she packaged it for the story.

What was your training (if any)?
My training was all over the map.

I started as a dancer, studying ballet pretty seriously. Senior year in high school I came back to dancing a little, and in college I studied modern dance, not classical. I went to the American Dance Festival after I graduated, and when I moved back to California after that I performed a little as a dancer.  I mention all of this not only because I love dance but because being physically well trained has been a huge part of my experience as an actor.

I wasn’t a theater major in college, but I did a lot of theater while there, and I produced my own stuff. College is also where I encountered corporeal mime which was created by Etienne Decroux. I was working with a teacher named Thomas Leabhart.  He encouraged me to pair a physical “score” with a monologue I was working on, and I had a major breakthrough with my acting. After that he invited me to come to Paris to keep working this way in his studio, which I eventually did. That time in Paris, plus my years as a dancer, and then studying at Theatre de L'Ange Fou in London, were all important training and have everything to do with what I am able to bring to a character on stage or screen today.

In terms of direct acting training, I studied Practical Aesthetics at the Atlantic Theater Company for several years. At first felt I very frozen and rage-y at the technique. I was used to working from my gut, so I worried about killing my instinct. It's funny to me now when I think of that! Fortunately I had an “A-ha!” moment when I realized that the technique was a way to have longevity as an actor; a reference point so that when luck and instinct flamed out, I would have something to go back to.

I also toured with several different Shakespeare companies out of college and learned a ton from working with those texts for months on end. Once I moved to Los Angeles I started studying at The Groundlings Theater and that has also been formative in terms of character development; and as a byproduct, a sense of agency in creating my own work.

Do you have/have you had a support job? Are you supported in other ways?
I have usually had several support jobs at once. In New York, I worked in tons of different restaurants, and I was also a respite worker for families with children with special needs. Any other little odd jobs that came up I would also do. Now that I live in LA I am actually starting make a little bit of money acting — so now that’s a support job too!

How do you approach auditions? (Both the art-work and the game of it.)
Until about a month ago I never in my life turned one down. I prepare as much as I possibly can. I make sure I'm on time. I TRY to stay loose in the room and unattached to the results. For me, different genres of theater, film and TV require different levels of character work. I prepare much differently for a drama than I do for a multi-cam comedy in terms of character back story. I try to make bold and specific choices regardless of what I'm going in for. I try to do work that I personally believe in more than trying to figure out what they want.

How do you deal with rejection?
I get sad. I feel my feelings. I drink a lot of water. And then I move on.
​
I don't tend to feel personally rejected as much as just disappointed that the choice didn't swing in my direction.  So, to me that's actually not exactly rejection.

But regardless it is a roller coaster of emotion and it will never stop as long as I pursue this career. I think it's important for actors to figure out how to deal with feelings of disappointment and sure, rejection, if that's how they feel it, because it is a part of the whole endeavor.

What is your super-power? (e.g., especially good at dialects, crying easily, singing, being funny, clown, playing the trombone? Directing? Writing?)
Lately I seem to excel in deadpan comedic choices. But I try to stay well rounded and flex all my different performance muscles frequently enough that when called upon to do something I haven't done in a while I don't feel like I'm re-inventing the wheel.

How does being an actress have an impact on your relationships? (Friends, family, relationships, lack thereof …).
I don’t know that this has to be true, but for me it has been very hard to figure out relationships while pursuing this career because I have put my career before all else. I’m trying to find more of a balance, but so far it has been difficult.

When I was at The Atlantic Theater Company school one summer, F. Murray Abraham came to talk to us about his life as an actor, and of course we all knew that he didn’t really have huge success until he was a little older. And there was this bold Australian guy in the class, and he raised his hand and asked F. Murray, “How do you maintain a relationship when you’re an actor?” It was so direct and so deeply personal that I remember the whole class and teachers kind of inhaled. F. Murray wasn’t thrown, and he gave a searingly honest reply. He said (and I'm paraphrasing here) that he has a very loving wife who has stuck by his side all these years and she also knows that his primary relationship in his life is with his work. That he loves her very much but that in truth she comes second.

I was horrified and blown away at the same time. I related to it deeply, and it scared the shit out of me. Again, I don’t know that this has to be true…but I know that it does, in part, describe my experience. 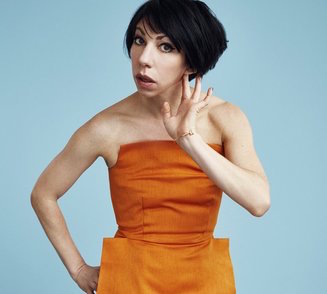 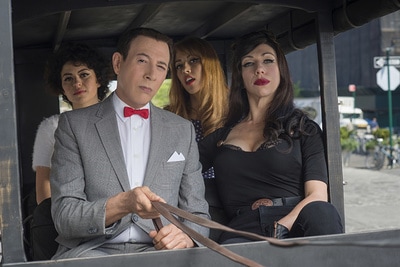 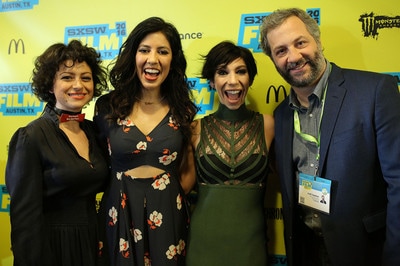 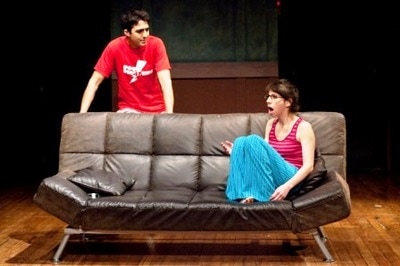 Dorien Makhlogi and Jess Pohly in Fucked by Itamar Moses at The Flea Theater. Photo by Ryan Jensen. 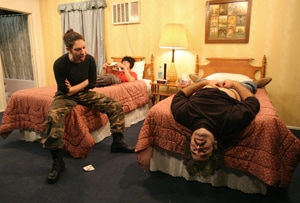 Jessica Pohly in Bingo With The Indians by Adam Rapp at The Flea Theater. Photo by Joan Marcus. 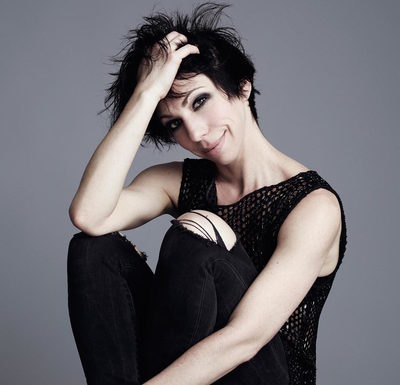