Welcome to The Muse Project!

​​A paradigm shift for women actors. 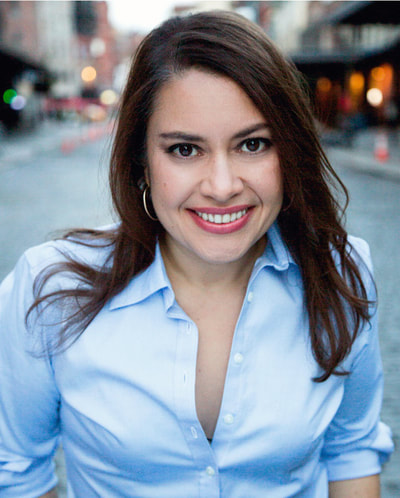 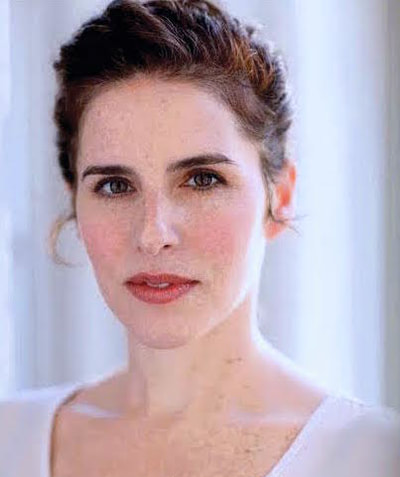 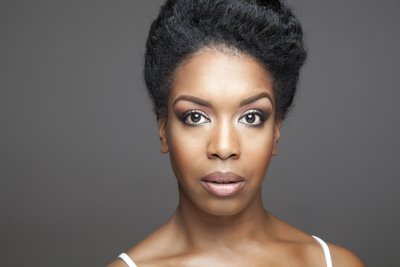 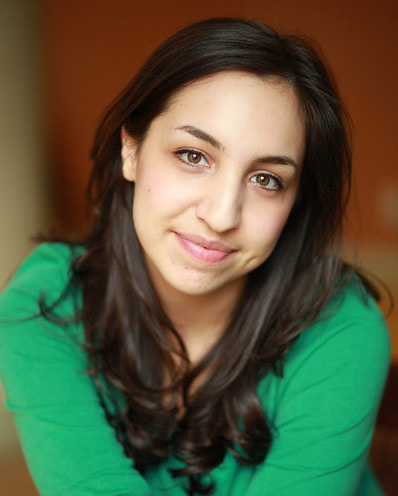 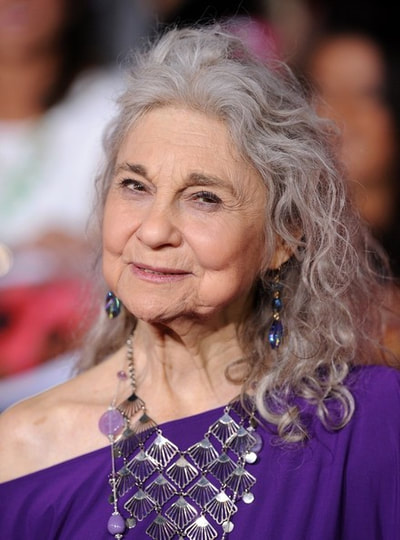 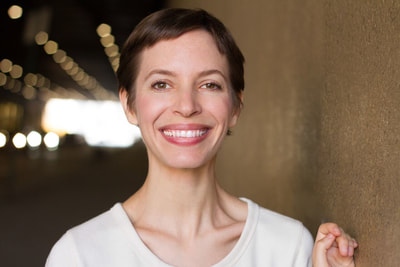 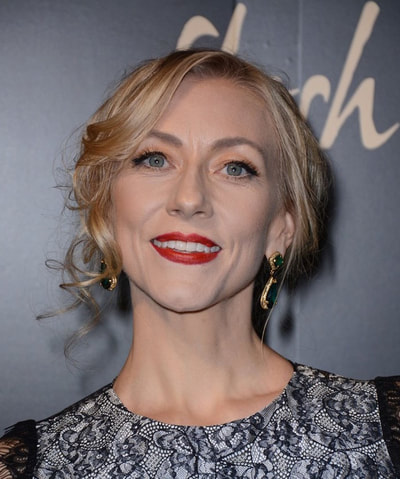 DONATE HERE
​$ Blair Baker
Blair is an actor, writer, and director. Her Broadway credits include Oleanna and The Humans.
​
​$ Pepper Binkley (FB LIVE: Friday, August 3, 3:30PM)
Pepper is a performer, writer, and director. Her series It's Freezing Out There marks her debut as a creator of online content.
$Teddy Bergman
Teddy is a New York based director, producer, and actor. He is the Co - Artistic Director of Woodshed Collective. He was recently nominated for a Drama Desk Award for his direction of the musical, KPop.
​
$ Nadia Bowers
Nadia is an actor, writer, and voice-over artist. She recently wrote and narrated Dear Dealer for This American Life.
​
$ Geneva Carr
Geneva is an actor. She is known for her portrayal of Marissa Morgan on the CBS television series Bull and for her performance as Margery in the original Broadway cast of Hand to God, for which she received a Tony nomination.
​
$ Michael Citriniti
Michael is an actor and voice over artist. In 2013 he appeared in the film Peace After Marriage, alongside his partner Louise Lasser.
​
$ Winslow Corbett ~
Winslow is an actor. She is also a wellness and beauty expert. She is the daughter of Rockford Files player Gretchen Corbett.
​ ​
​$ Alek Deva (FB LIVE: Tuesday, August 14, Time 2PM)
Alek creates music, sound, and video for stories and storytelling, with a particular interest in live events.
​
$ Amanda Duarte (FB LIVE: Tuesday, August 7, Time 2:30PM)
Amanda is a performer and a writer. She is the co-creatrix of the meme and movement #PussyGrabsBack. She has contributed to The New York Times, The New Yorker, Time Out NY, High Times, and more.  #bigpussyenergy
$ Jessica Dukatt (FB LIVE: Tuesday, August 10, Time 1:45PM)
Jessica is a director. She is a recent graduate of NYU. She is the Associate Muse Artist Coordinator.
$ Jamie Effros (FB/Kickstarter LIVE: Weds, August 1, 10:45AM)
Jamie is an actor, writer, director, and commercial voice over artist. He recently wrapped production for his pilot ON.
$ Jack Fellows (FB LIVE: Wednesday, August 8, 2PM)
Jack is an actor and director. He appeared in Stet, alongside Muse creator Jocelyn Kuritsky & 2018 Muse Déa Julien.
(Internet was spotty; but most of it is there, so give it a look-see!)
$ Alyssa May Gold (FB/Kickstarter LIVE: Thursday, August 2, 1PM)
Alyssa is an actor and a producer. She recently starred in and produced The Maid's Tragedy with her company Pocket Universe.
$ Bob Gower (FB LIVE: Monday, August 27th, 1PM)
Bob is an author and a speaker. He is the author of Agile Business: A Leader’s Guide to Harnessing Complexity.
​​
$ Emily Grill
Emily is a director, producer, and assistant. She currently works for Rori Bergman Casting and the O'Neill Theater Center. She is the Associate Muse Campaign Coordinator.
​
$ Jenny Turner Hall ~
Jenny is a writer. She is an executive producer, writer, and director of the Peabody Award winning podcast series The Unexplainable Disappearance of Mars Patel.
​​
$ Bob Jaffe (FB LIVE: Friday, August 17th, 1PM)
Bob is an actor. He is a member of Ensemble Studio Theatre. He recently appeared in the Starz series Sweetbitter.
​
$ Alex Jamieson ~ (FB LIVE: Monday, August 27th, 1PM)
Alex is an author. Her book Women, Food, & Desire is an Amazon #1 Bestseller. She also co - created the Oscar nominated documentary Super Size Me.
​​
$ Landen Jones
Landen is a jack of all trades. He has a background in performance and fitness training; he is currently working on getting his real estate license.
​
$ Olivia Kasten (FB LIVE: Tuesday, August 10, Time 1:45PM)
Olivia is a theater artist. She is currently works for the Theatermakers Summer Instensive at the O'Neill Theater Center. She is the Associate Social Media Coordinator for The Muse Project.
$ Zac Kline
Zac is a playwright, screenwriter, and dramaturge. He is the co-artistic director of Missing Bolts Productions, a independent production group devoted to new works of theatre and film.
​
$ Louise Lasser ~
Louise is an actor. She is known for her portrayal of the title character on the soap opera satire Mary Hartman, Mary Hartman. She is currently a member of the faculty at HB Studio.
​
$ Florencia Lozano ~
Florencia is an actor and a playwright. She is known for starring as Téa Delgado on the daytime series One Life to Live.
​ ​
​$ Robert Emmet Lunney (FB LIVE: Saturday, August 11th, Time 2:30PM)
Robert is an actor and playwright. He currently recurs as The Salesman in Fox's The Exorcist.​
(It was super overcast when we got online and shot this, and internet was spotty; but most of it is there, so give it a look-see!)
$ Kyra Miller (FB LIVE: Monday, August 13th, 11AM)
Kyra is an actor. She has appeared at Joe's Pub and an array of storytelling & music venues, as well as regionally. She was nominated for a 2018 San Francisco/Bay Area Critics Circle Award for Principal Actress in a Musical. She is a 2018 Muse.​
$ Rebecca Louise Miller
Rebecca is a playwright, screenwriter, and an actor. Her film One Day Home recently won the Audience Award at the Iron Mule Film Festival.
​
$ Zainab Musa (FB LIVE: Sunday, August 5th, 9AM)
​Zainab is a first generation Nigerian storyteller, she acts, writes and makes collaborative theater. She is a 2018 Muse alternate.
Alfredo Narciso (FB LIVE: Tuesday, August 21st, 11AM)
Alfredo is an actor and a producer. He recently appeared in Marvel's Jessica Jones.

$ Anna O'Donoghue
Anna is an actor. She was recently nominated for a Helen Hayes Award for her performance in I Wanna Fucking Tear You Apart.
​
$ David Poe (FB LIVE: Saturday, August 4th, Time: 3PM) ~
David is a musician. His self titled debut album was produced by T Bone Burnett. His most recent release is a single and video entitled What The President Said, featuring guest vocalist Sister C.
(David offered up several Vinyl copies of his album God & The Girl as a limited reward for Muse's Kickstarter).
$ Erin Reynolds (FB LIVE: Saturday, August 4th, Time: Noon)
Erin is a director. She is a recent graduate of Northern Kentucky University. She is a Co - Associate Muse Campaign Coordinator & Assistant to the Producing AD​.
$ Sheetal Sheth ~
Sheetal is an actor and producer. She is known for starring opposite Albert Brooks in the film Looking for Comedy in the Muslim World. She recently published her first children's book, Always Anjali.
​
$ Tony Speciale
Tony is a director. He is the Artistic Director of Abingdon Theatre Company.  He directed the world premiere of Stet, Jocelyn Kuritsky's Muse Project, written by Kim Davies. He is a Drama Desk and GLAAD Media Award nominee.
​
$ Sherri Sutton
Sherri is a stand-up comic, director, playwright, actor, workshop leader and IB examiner. She currently lives & works in Switzerland.
​
$ RJ Tolan (FB LIVE: Monday, August 6th, 6:30PM)
RJ is a director. RJ has been co-Artistic Director of Ensemble Studio Theatre's Youngblood since 2003 and is a proud member of EST.
​$ Claire Ramsay Wan
​Claire is a physician assistant in family medicine with a background in public health and psychiatry research.

a paradigm shift for women actors.

This is a rare opportunity... I love working in this way because we are working outside of the confines of the way the industry often tells us we need to work, and very interesting work is produced when we aren't trying to conform to the typical expectations of what a 'new play' is or what a 'performance' or 'audience relationship' should be.
​
-Mia Rovegno, director & playwright

what is the muse project's mission?

​We seek to disrupt the imbalance of opportunity and ownership of work for women actors through the development of challenging, actor-driven theater works and focused research into their participation in American theater. Our company shifts the theater paradigm through the empowerment of women actors as creators and content generators.
​
The Muse Project is an actor-first process. The Muse Project team will assist each actor individually and help her to create a dream team of collaborators (actors, writers, directors, musicians, etc.). She will be given the time, space, and other resources necessary to arrive at a semblance of a first iteration, usually through a workshop process termed "Mini Muse." Then, the piece will be shared with an audience to incite discussion and further development.
HERSTORY

donate to the muse project.

thank you for visiting.