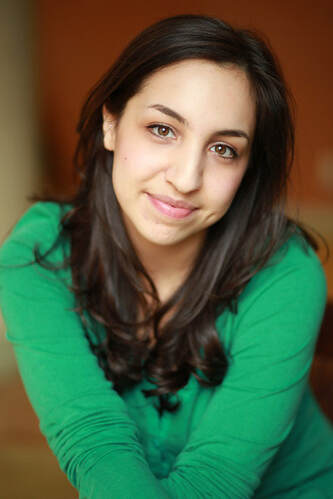 DÉA JULIEN.
​
Hometown/Where did you grow up?
I was born and raised in Manhattan, in Lower West Chelsea, on the third story of a teeny, little brownstone that has been around for hundreds of years - in fact I think it used to be stables in the 1700s... Do you know the restaurant La Luncheonette? It doesn’t exist anymore - that was my building. The building got sold so they had to close and my mom had to move out.

Agh that’s sad. Where did you go to high school?
I went to the same school throughout all my years, I went to Trinity School, kindergarten through 12th grade, on the Upper West Side. I was on scholarship there and it was a great experience for the most part. What was great was that I had a really great group of friends. Trinity is admittedly one of the nerdier private schools, shall we say - so good grades [were] like a prestige thing more than anything else. So certainly there were things that I struggled with as well, but I was grounded with a good group of girls that I’m still really close to, so that’s nice.

Current town?
I live in a different part of Chelsea. I was lucky enough to score an apartment in a building that is government subsidized for people involved in the performing arts, I got one of those magical unicorn subsidized apartments, somehow.

Describe your career in 25 words or fewer.
Ha! Is that just like one sentence? Hm. My career so far… Full of working on brand new plays. Getting to originate new roles. A sort of eclectic mix of projects and genres.

When did you know you wanted to be an actress?
Oh, out of the womb. Honestly, before I even knew what it was or what the job was called. And I was super duper shy, like really, painfully shy as a kid, but I just knew that this was what I was going to do and there really wasn’t an option to do anything else. I begged my mom for years to get me an agent, and she was like absolutely not. She was really really against children having the burden of having to make money, even if it’s doing something that they love. But I did manage to, after a couple of months of pleading, convince her to allow me to audition for the children’s chorus at the Met Opera, and that turned into quite a big, big part of my life. I got in and ended up working there a lot. I was 9 then. That was the start of the whole thing.

Started at the Met, this is the problem with growing up in the city.
Well, right. Actually, it’s kind of funny, I remember after I left - I had to leave because I was missing too much school in the end, and if I wanted to stay at Trinity… Anyway, I remember the first time I stepped into a black box theater after that and I was like, "What the f*ck is this?" I was such a brat, I just didn’t know. I was like, “Where am I? Why are all the lights hanging from the ceiling?”

Why is acting important?
Well, important for me personally because it allows me to live multiple lives in one. And as a result I have a greater level of understanding for the creatures of the world…and I think storytelling is important for a similar reason, because it gets a group of people together, and it allows you - or it forces you, rather - to watch the experiences of other people, and flexes your muscles of empathy in a way that’s very productive for society and the world at large.

What was your training (if any)?
Well, the Met was sort of the start of my singing training, and actually, really, my acting training as well. Not that we were trained exactly, but there was this amazing thing of sometimes having to be onstage for very long periods of time and having to be very engaged and present but not pull focus, which I think was a very important lesson to learn very young. Otherwise, I did some stuff at Tada Youth Theater, and then for official training I went to Tisch. I was at Atlantic for the first two years, and then I got a job and left school for a while, and then went to Stone Street, the film acting school for a year. And just continued to sing outside of school - it was just too expensive otherwise. I didn’t want to go to school for musical theater. I wanted to focus on my acting and just do the other stuff on the side.

Do you have a teacher now?
I sort of bounce around. Sometimes I work with a woman who does a lot of sense memory stuff, which is very very opposite of Atlantic. I really see the value in studying opposing methods because I think the more tools you can find to put in your art, the better. And there’s this thing happens in acting school where they tell you this way is the only way, and if you don’t do it this way you’re cheating, and I really reject that. I like to hear what different people have to say and it’s all helpful.

Do you have or have you had a support job or are you supported in other ways?
I’ve been lucky to not really need another job. I tutor occasionally. My first language is French, I was raised speaking French and English, so I tutor in French from time to time. But other than that I’ve been lucky enough to make my living from acting. Because my apartment is subsidized, even when I have a slow year, my rent is adjusted accordingly.

What was the show you left school to do?
I was doing the West Side Story National Tour. With the last company that Arthur Laurents was involved in right before he died. It was the one in Spanish. In high school I had gotten to the final round for the same role in the Broadway production and it was between me and another girl and I didn’t get it and I really, truly thought my life was over in the way only a 17 year old can. But then I got to do the tour and that was an amazing experience. I played Rosalia.

How do you approach auditions? (Both the art-work and the game of it.)
Coming back to the Met again, I think that was really great practice, because we had to audition for every single production, which means I was auditioning all the time. So I’ve been able, from an early age - like the thing they say to do in the books - to treat an audition as just an opportunity to act that day. It was hard for me in college, because I was much more comfortable auditioning than I was doing scene work in front of my peers. That was, for me, a more vulnerable experience. I enjoy auditioning. I see every audition as sort of…a potential door, and that’s always exciting. My strategy is: I like to be very very very prepared, and then just try to relax right before and have fun and try not to want it too much and just…see what happens.

How do you deal with rejection?
I don’t see it so much as rejection. What’s hard is not getting something you want. I think that’s a universal experience. But I never feel, “Oh what’s wrong with me, why did they reject me?” It’s just people trying to put a puzzle together and me being the wrong piece for that opening, whether I agree with it or not. It’s the only way to get yourself through it, otherwise it’s too hard. Certainly there are some that get to you more than others and then the weight of everything you wanted that you haven’t gotten comes forward…

What is your super-power? (e.g. especially good at dialects, crying easily, singing, being funny, clown, playing the trombone? Directing? Writing?)
Not the super-power I want but the super-power that I currently have? Ha. Oh. Um. I mean... I think my skill that I can always rely on is that I can pick up new things really quickly. Instruments and languages and dialects…I can count on that. And being emotionally open.

Advice or inspiration?
Oh… a) Do it as much as humanly possible if you love it, get as much experience as you possibly can, and b) I don’t know where I heard this, but, you’re the only person who knows what you’re capable of. So many people will try to tell you what you are and what you can be and it’s just white noise. You’re the only one who knows, so as much as you can listen to your own inner voice, the saner and sounder your life will be.

How do you approach a new role?
I think the role will tell you how it needs to be treated. It will come from the script. Sometimes it’s doing a ton of research, sometimes it’s just rereading and rereading, sometimes it’s listening to tons of music? I will say that I always go through it first with an analytical brain…

What would you do if you weren’t an actress?
I don’t know, something creative…an opera singer or a classical pianist or a ballerina… I think it would be something in the classical arts...or a poet…different, but related things.

Do you ever think about quitting acting and why?
Um, no. Certainly I have had moments of thinking “Ohh I can’t do this anymore,” but ever since the beginning I’ve just had this feeling. I’ve never really felt like this was not the right path.
This interview was conducted by Kyra Miller. 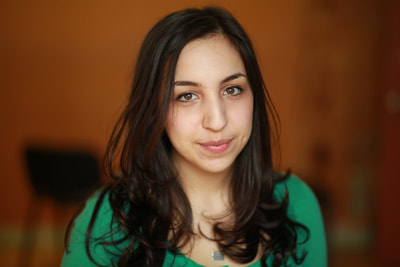 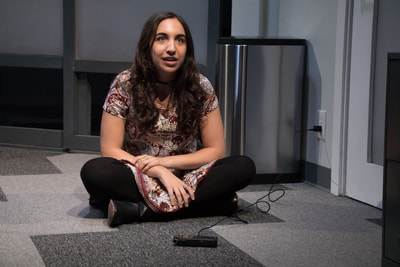 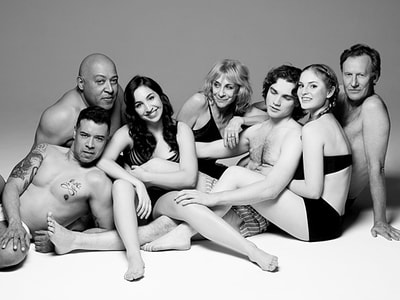 Déa Julien & the cast of Thomas Bradshaw's Intimacy, produced by The New Group. 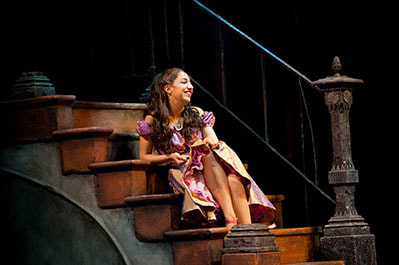 Déa Julien as Rosalia in the 1st National Tour of West Side Story. Photo by Joan Marcus. 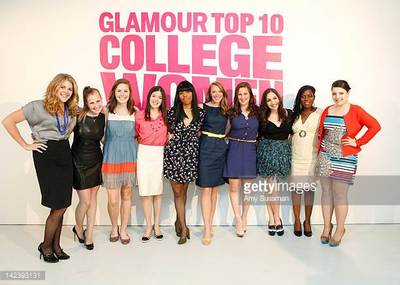 Déa Julien is celebrated by Glamour Magazine and L'Oreal Paris as a Top Ten College Woman, 2012. Photo by Amy Sussman. 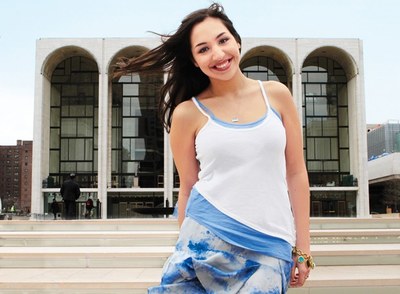